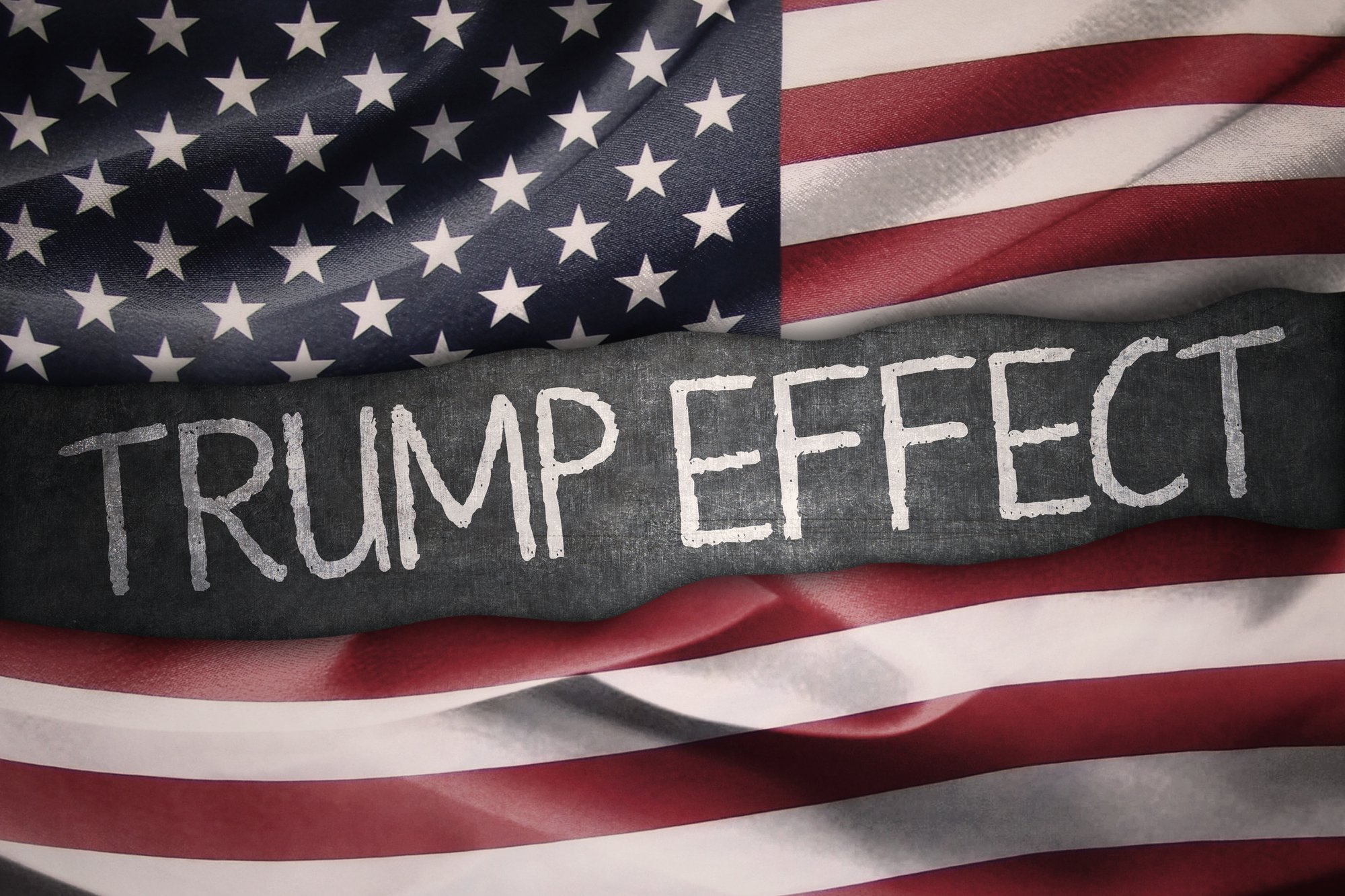 January 2021 will be a moment in time that will go down in history. First, I want you to understand that this article is about leadership, not politics. There is a significant difference. Politics is about governing. Leadership is about bringing people together to accomplish a common goal. You would think that leadership skills are required to be a politician but they clearly are not. Trump has clearly demonstrated this.

Before you read on, I personally believe that Trump is a very intelligent man when it comes to entertainment, business and even influence. Some of his policies were sound and he did make significant changes that were needed. Like pressuring China to play fair. However, he significantly lacks true leadership skills that were needed to bring the country and the world together. He did the opposite, he separated the people more than he brought them together.

Trump could’ve seen as an alpha male, a dominant man that wouldn’t stand down from what he believed in. And that’s what an alpha male is meant to do. But he lacked the most important element of being a leader, which is being mindful. Men are meant to be mindful alpha males. Men who are strong, stand their ground but also are fully aware of their actions and the ripple effect of their actions through time. Men who look out for others more than they look out for themselves. So now the big question is “where do men go from here?”

The problem didn’t start with Trump. It started long before him. I’m a firm believer that they don’t make men like they use to. I grew up with a veteran grandfather who served decades in the military and fought in two wars. He spent most of his prime years as a man away from his family only to see them for two months out of the year. He was also a very spiritual and mindful man as his father was a spiritual and religious teacher for 50 years. My grandfather lived in a world of spirituality and war. He saw the carnage that men created based on their egos. He strongly believed in men leading the way but also that we should use common sense and step back to look at the overall picture. The one thing I learned from my grandfather that I use to in my teachings is that your values are the most sacred thing you have as a man. Your word is also your bond and integrity and honesty are what make you a man. Always seek the truth, even if it hurts.

They rarely make men like my grandfather now. They are few and far between. Men today are more interested in themselves than they are about their communities and nation. This doesn’t apply to every man because there are some mindful alpha males out there still. Men are also afraid of what others will say about them. They’ve lost their masculinity. It’s a “toxic” thing to be masculine now and show dominance. It’s only toxic if you act like Trump. It’s not if you have genuine intentions for a greater good. The problem is that men became so weak that they allowed a man like Trump into office knowing that he openly and blatantly lies and is mainly self-interested. Weak men essentially allowed an unqualified man to become the most powerful influencer in the world.

The Challenge With Today’s Information

I know what some of the readers may be thinking. It’s the media’s fault. If you believe everything the media says, I would encourage you to look elsewhere for your factual information. Go grab a book on narcissism and fascism and you will see that Trump displays those behaviors almost too well. As a business strategist, I studied Trump’s business tactics decades before he went into office. He used unlawful and unethical business practices his entire life. The public should educate themselves. In the past, the media was about presenting the news but now it’s more about entertainment. Trump is a key reason and catalyst for this as well.

We’ve used past injustices and finger-pointing to justify, not just Trump’s, but the behavior of citizens as well. “The other party lies too. They’re going to turn this country into a socialist country” is what I hear. The country is no longer operating on justice, opportunity and unity. It’s operating on fear and conspiracy theories. That’s been Trump’s tactics the entire time and he should be commended. It worked and worked very well.

The bigger issue is around us believing that the people are being represented by politicians who have their best interests at hearts. I’m trying to steer away from the political aspect but I want to clarify an important point. Trump and his team have used fear tactics to make the general population feel a certain way and have beliefs that benefit them. I’m not saying that the other side doesn’t do it as well. But it’s not their entire strategy. Trump’s entire campaign was based on fear, hatred and separation.

If they make you feel like you’re being cheated, you’re definitely going to want to support the politician who is going to stop the cheating. Instead of truly listening to what you need and want, they are telling you what you should need and want. It’s a classic influence tactic but it’s about time it stops. There is no justification for poor leadership on either side.

The Harm Trump Has Done To Men

There is no doubt that Trump has not only harmed the country but also the world. There are critical global issues that need to be addressed. Issues such as the COVID pandemic, climate change and reducing global war. He damaged something even greater, however. How men in powerful positions are perceived. Being the President Of The United States was an honor. People around the world envied that individual. Now, it’s a global laughing stock. Trump has been perceived as a clown, a very dangerous clown.

What about other men in powerful positions? A man in power is meant to represent strength, honor, stability, security and benevolence. That’s no longer the case. Men in power are now seen as a threat. Can they be trusted? Why should it be a man in power? Why can’t it be a woman? Maybe it should be a woman because a man clearly can’t represent that position well? Men are being challenged just because they are men. This issue was creeping up in the US prior to Trump but he just threw men under the bus. Before men and even women would say “she can’t do that because she’s a woman.” Currently, they are saying “he can’t do that because he’s a man.” Men are meant to be leaders, it’s in your genetics. But it’s going to be tougher road for all of us now.

The US On The Global Stage

When I talked to my family and friends around the world prior to Trump, many of them would aspire to immigrate to the US. Most of them don’t feel the same way anymore. They don’t see the US as the land of opportunity but the land of racial divide and hatred. Many people around the world respected and looked up the US. The US was the country that led the way for global good. It’s now viewed as a country that looks out only for itself. The world actually feels sorry for the US and its citizens.

The only way to describe it is using an analogy from high school. The US was the buff and popular jock who looked after the kids who were being picked on. Now, it’s viewed as the overweight bully who has issues at home and takes his anger out by picking on other kids. The US needs to take the global stage once again as a leader. Hopefully, Biden and all citizens of the US can come together to accomplish this.

The Benefits Of Trump

Part way through Trump’s presidency, I wrote an article about why Trump was the best thing that happened to men. It was a prediction that he would so poorly represent men that we would be forced to change our ways. I never imagined that the very last few weeks of his presidency would fulfill this article.

With the bad, comes the good. Ancient spiritual teachings describe that good and evil are two sides of the same thing. They are one. We cannot enjoy the good without experiencing the bad. We do not know how to appreciate joy until we feel pain. The country and the world has felt significant pain, but it was needed. We are having open conversations about issues that were subdued like racism, sexism, misinformation and leadership. It’s clear that much work is needed and we can thank Trump for bringing these issues to light.

In summary: as men, we have a lot of work to do to redefine what it means to be a man and be a leader. For our generation and the generations to come. Are you up for the task?

All the best!
Purdeep Sangha
The Strategist For Businessmen

P.S. Discover how to become a mindful alpha male by getting your FREE copy of The Complete Man book. Click here. I just ask that you cover basic shipping and handling.