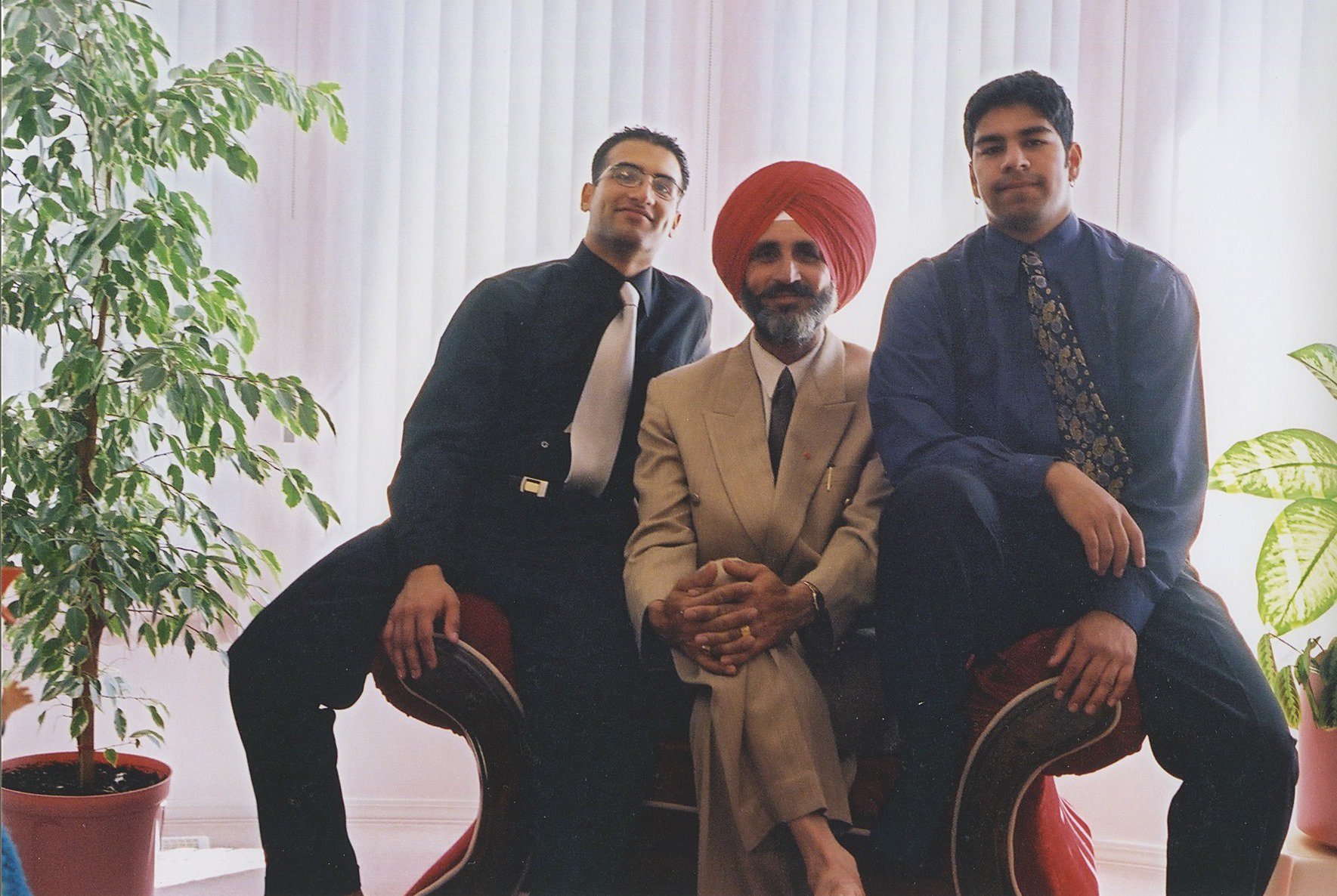 My dad and I had a good relationship but it was typical of most adult men. We just didn’t tell each other that we loved one another. It didn’t help that both of us also had underlying resentment towards each other.

Growing up my dad was an awesome dad, aside from the fact that he drank way past his limits at times and became someone I didn’t want to be around at times. His alcohol addiction was a disease that hurt our family. However, when he was sober, he was an awesome dad. He was there for my brother and and would do anything for the both of us. Funny enough, he was more emotional than most men I know. He taught me that it was okay to share my emotions. But something inside me had a tough time telling him that I loved him when I became an adult.

He also was challenged with my career path. Although I was a successful executive at that time, he was still disappointed that I never became a doctor like he had always wanted. In the Indian culture, having a respectful profession like being a doctor or lawyer was preferred during the period I grew up. My dad and mom worked very hard to provide our family with food, shelter and education. My dad literally immigrated from India with $11 to his name. He was working more to give my brother and I the life he didn’t have growing up. He was working hard for me to become a doctor.

Although we were both were disappointed in ways, we were still family. We both knew that and we would always be there for each other. If he needed me, I’d be there in an instant. If I ever needed him, he wouldn’t hesitate. There was an unsaid love.

I Took The Plunge And Called My Dad

My wife and I were on vacation in Hawaii and I had the oddest urge. Something inside of me was telling me to call my dad. I never had this deep desire to call my dad before. I think I was contemplating the fact that one day he would no longer be around and I wanted him to know how much I loved him. I’m a firm believer in living every day like it’s my last but for some reason, it was difficult for me to call my dad and let go of everything from the past.

I picked up the phone and called him. My mom answered and I asked to speak to dad. She was confused as she was the one I spoke to more often. She gave him the phone and we started to chat. I finally said it, “I love you dad.” He was thrown off a little. He didn’t know what to say so I continued to talk. I told him how much he meant to me. I explained how I wanted him to come visit more as my parents lived across the country. I wanted him to be there for my children. I did most of the talking as he listened attentively. I think he was shocked.

He started to talk and we got into a full blown conversation. It was nice. Then my mom started to chatter in the background. “Are you two drunk?” she said, “What’s with all this I love you stuff.” She too was shocked as hearing me tell my that I love him made her think that I must be under the influence of alcohol.

When I told my dad that I love him, I almost felt like a little boy. I think that’s why it was so difficult for me. But once I said it, I was relieved. It was a moment that I will forever cherish because a year later, my dad died from a sudden heart attack. I know that if I had not called him that day and told him how I felt, I would regret it for the rest of my days.

The one lesson I learned from this is that giving love is living life. The more I give, the more alive I feel. Even giving to those who I feel may not deserve it. Love is a universal healer and feel good factor that doesn’t require a single dollar or even effort. You can just give it freely.

P.S. If you want more tips on living a more loving and fulfilling life, you can get a FREE copy of my NEW book The Complete Man. I just ask that you cover shipping and handling. Click here.